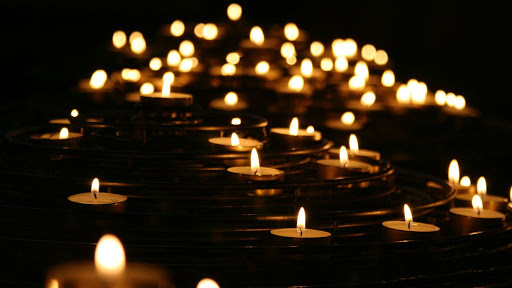 Right now, my office is a mess. Before I left it yesterday afternoon, as I turned to close the door, I scanned the room and could see the disaster to which I’d be returning. My desk is buried beneath papers. And that’s not the half of it. I have books all over the floor, countless sticky notes hanging from this or that shelf, and a number of other things strewn throughout the entirety of the space. It’s enough to give any visitor the impression I’m about as disheveled as they get.

But the thing is, I’m just not a messy person.

Of course I’m not perfectly tidy by any means. The scene I just described is proof. Still, I’m convinced I’m really not a messy person. Keeping things clean is unquestionably a part of my personality and general routine. Even at home, with anything that pertains to me personally, you’ll seldom find a trail. Of the few things I can actually call my own, I’ll rarely leave them lying around. It’s the same for my office. I prefer to work in an orderly space. And I do my best to keep it organized. It might sound somewhat neurotic, but I don’t even like my computer desktop adorned with working files or shortcuts. I keep the desktop relatively bare, with most files—working or completed—in a folder somewhere on an external hard drive that’s being automatically backed up to two other hard drives right next to it.

Having said all this, there is a particular bit of disorder in my office—at first glance, a clutter of sorts—that I don’t mind at all. It’s the vast scattering of handwritten notes and greeting cards lining my bookshelves. Each is a message I’ve received in the last twelve months from someone either within or without of Our Savior Lutheran Church and School. Right about this time each year, I begin the process of clearing these personal messages from the shelves, being sure to tuck them into a bin for safe keeping. I do this to make room for what I expect will be a new year’s stream of scribbled kindnesses.

Over the course of my twenty-five years of serving in the Church, this has been my routine, and let me tell you, it sure is something to go back and read from some of the older notes I’ve kept.

Why do I keep the old ones? Because they mean the world to me. They are dispatches from the trenches of life, communiques portraying various aspects of what it means to be God’s people existing together in the divine love established by His gracious hand at different moments on the timeline. That’s one reason. But there’s another reason, too.

Each message is a tangible reminder to me of what it means for Godly sentiment to become action. Here’s what I mean.

Sentiments that result in action can make things better, stronger. Go ahead and test me on this. A single thought that results in a spoken word or gesture of kindness has more gravity than an entire galaxy filled with unspoken sentiments. One notecard, one kind word, one genuine compliment will always raise the scale’s opposing plate stacked with unspoken sentiments.

I awoke this morning thinking the same goes for the Christian faith as it meets with the world around us.

It’s one thing to know and believe that Christ is the Savior. It’s another thing to live this faith before the world—to engage when others remain idle, to lean in when others lean back, to speak when everyone else is silent.

“You are the light of the world. A city set on a hill cannot be hidden. Nor do people light a lamp and put it under a basket, but on a stand, and it gives light to all in the house. In the same way, let your light shine before others, so that they may see your good works and give glory to your Father who is in heaven” (Matthew 5:14-16).

Since I preached on the text from Romans 12:9-21 yesterday, naturally Saint Paul’s words come to mind.

“Let love be genuine. Abhor what is evil; hold fast to what is good. Love one another with brotherly affection. Outdo one another in showing honor. Do not be slothful in zeal, be fervent in spirit, serve the Lord. Rejoice in hope, be patient in tribulation, be constant in prayer. Contribute to the needs of the saints and seek to show hospitality. Bless those who persecute you; bless and do not curse them. Rejoice with those who rejoice, weep with those who weep. Live in harmony with one another. Do not be haughty, but associate with the lowly. Never be wise in your own sight. Repay no one evil for evil, but give thought to do what is honorable in the sight of all. If possible, so far as it depends on you, live peaceably with all. Beloved, never avenge yourselves, but leave it to the wrath of God, for it is written, ‘Vengeance is mine, I will repay, says the Lord.’ To the contrary, ‘if your enemy is hungry, feed him; if he is thirsty, give him something to drink; for by so doing you will heap burning coals on his head.’ Do not be overcome by evil, but overcome evil with good.”

That’s one particular place where the Apostle takes time to describe what Christian sentiment—the Christian light of faith—actually looks like when it becomes something tangible. It sounds like a list of “do this but not this” kind of stuff, but it really isn’t. Because of the re-creating work of the Gospel for faith that Paul described in the preceding chapters, this is now more of a commending of Christians to actually be who God has already made them to be. It might not have been the best analogy, but in the sermon I compared it to the caretaker of an apple orchard going out into its rows and telling the trees to produce apples.

There are plenty of other texts like this in the Bible. Another great one comes to mind. It’s James 2:14-18.

“What good is it, my brothers, if someone says he has faith but does not have works? Can that faith save him? If a brother or sister is poorly clothed and lacking in daily food, and one of you says to them, ‘Go in peace, be warmed and filled,’ without giving them the things needed for the body, what good is that? So also faith by itself, if it does not have works, is dead. But someone will say, ‘You have faith and I have works.’ Show me your faith apart from your works, and I will show you my faith by my works.”

With even a sliver of honesty, James’ argument is convincing. It’s hard to argue against faith being a skeletal creature if not for the musculature of Christian deeds. With what’s going on in our world, it’s even harder to argue against your role as a light-beaming Christian being incredibly important.

The days before us are very dark. Joe Biden, the President-elect (or whatever) said those particular words. He meant them with regard to COVID-19, but I can assure you from what he has pledged to do in his first 100 days, for the Church, his words mean something else. Unrelenting persecution is about to be let off the leash. Basic Christian teaching is about to be labeled as bigotry at the federal level. I’ve not been one to get too worked up about 501c3 restrictions, but I do realize how helpful they are to some. Just know tax-exempt status will likely disappear under a Biden presidency, and many of the churches already hovering at the cliff of financial disaster will almost certainly be nudged over its edge by their property taxes alone. Churches are going to close. The people they serve will suffer. The curriculums of Christian schools will draw even more spiteful ire. Their hiring and firing practices will come under vicious assault. We can expect countless new lawsuits to be leveled against anyone seeking to do business under the title “Christian.” I’m certain our own Governor Whitmer and Attorney General Dana Nessel will be the first ones to hound these organizations, being eager to press the button of prosecution.

More and more, Christianity will find itself existing in the shadows.

But keeping our Christian sentiment to ourselves—believing quietly—will be about the worst thing we can do. Christian action will be required, both as a formal organization and as individuals. The plain truth is that we’re going to need more people who not only know and understand just what James meant when he wrote that faith without works is dead, but we’ll need those same people to be courageous enough to believe and act on these words, people who take Jesus seriously when He calls for His believers to let their lights shine before men.

I suppose my innermost sentiment this morning is that you will be one of those people. And this message, like the messages currently adorning my bookshelves, is a materialized dispatch from the trenches by a friend who loves and appreciates you in the Lord and wants to encourage you in your faithfulness. Let this message be a virtual notecard resting on the bookshelf of your mind, one commending you as God’s child, and heartening you to continue to be who God made you to be—a person who knows what it means to be a city on a hill that cannot be hidden.