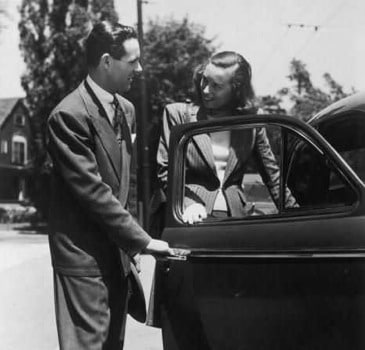 Resolutions for personal betterment are the topic of discussion at this moment just past the New Year’s turning point. At least for some. Others think the idea of making resolutions is ridiculous.

In any of the discussions I’ve had so far on the matter with folks who are actually attempting New Year’s resolutions, most have itemized things they’d like to change—such as their weight or eating habits. Others have shared with me personality characteristics they’d prefer to see barred at the exit door of 2019.

On a personal note, last year I focused on rebuilding relationships I’ve seen crumble. For the most part, I’ve been working pretty steadily at it. Some have improved. Others, I’ll admit, are proving much harder—nearly impossible—to mend. Still, I intend to keep at it. And besides, I knew I’d win some and lose some. But the upside is that maintaining the desire to be someone who works toward such things isn’t as hard as it was when I first started. The ways I’ve been going about it have become more or less habitual—which is what you want when you’re trying to make deeper, personal changes. You want whatever you’re trying to change to become a near thoughtless part of who you are as a person. It takes time to craft and become this, but eventually, it does happen.

By God’s promised grace, it’s happening in various ways in my life, and I’m glad for it. It makes me wonder why anyone would knock such efforts. Who knows? Maybe there’s a fear of darker discoveries when we take an honest inventory of ourselves.

Again, who knows? Either way, now it’s on to other improvements, and so I’ve made other resolutions. I’ll share one with you that I shared with the men in the Bible study last night at my house. I’d sort of thought it through on the way home from worship yesterday.

A few weeks back, right after the Divine Service, I took a moment to encourage folks to attend the upcoming Marriage Seminar on January 11. To introduce it, I teed up a story of having never seen the movie “Aladdin.” I explained that I’d finally sat down to watch it with my daughters, and when I arrived at a particular scene in which Jazmine was throwing a bit of a tantrum about not wanting to be considered a “prize to be won,” my lungs stole nearly all of the room’s oxygen in a surprised gasp.

I’ve been telling my daughters for years that, yes, indeed, they are prizes to be won!

When it comes to relationships with young suitors, my girls are to know and remember the Word of the Lord in 1 Corinthians 6:20. It’s there they will hear, “For you were bought with a price. So glorify God in your body.” They are to know that when it comes to dating, as Christian girls, they’re worthy of the best characteristics in men. My girls are to know that everything and all that they are is of incredible value. They are priceless prizes to be sought out and won by the best of the best. This isn’t snobbery, but rather a teaching from the right perspective—the Christian perspective—that they’ve already seen this demonstrated by the One who loves them perfectly: Jesus Christ. My daughters were worth every drop of blood in the Lord’s veins, and as Saint Paul shares in Ephesians 5:22-33, they ought never to settle for any man who is unable to behold them against the backdrop of the mysteriously beautiful gift of God called Marriage.

In the end, I think I know why the character Jazmine said what she did. She was being treated like currency. But it doesn’t change the fact that I will continue to tell my daughters they are prizes to be won, and with that, I’m hoping for them to one day be joined in holy marriage to Godly and honorable husbands. In this is found the seed of one of my resolutions for 2020.

What can I do to make sure they find these types of men?

In 2020, as the pastor of a church and school, I will be doing whatever I can—actively, intentionally—to both model and promote honorability among the boys and men of this organization. Of course, I’m already quite mindful of such things in my day to day activities. It’s part of who I am already. But now I will be acting outwardly on this sense with more deliberateness. I will be looking for and seizing each opportunity to instill in the young men a craving for filling the gaps in male respectability in our society. We need these men to be the kinds of husbands and fathers who understand they can’t love their wives and children as God would have them if they love themselves more.

For example, in a basic sense, a man offers first passage through a doorway to others, namely to women and children. This is foundational to the ways of common courtesy alive in many of us. And yet, I say this having read a short news article about a man whose little one died in a house fire because he chose to save his video gaming system first.

This is where we are.

A man is never to impose himself crassly upon anyone, being in a person’s face and loud. And yet a man will raise his voice above the fray if necessary. He is never so soft as to shrink from doing what’s right, no matter the boisterousness of the opponents who surround him. I say this as I observe our culture doing all it can to effeminize men, shaping them to be sheepishly ambivalent, discouraging them from confronting falsehood or bad behavior, crafting them into men who’d rather be friends with their children than steer them into verity, men who’ve become less likely to speak up and act when a sturdy viscera for truth is needed in the world around them.

An honorable man gives his word and is deeply harmed if he discovers himself breaking it. An honorable man puts his fiber into fighting for what’s good, for what’s important. He doesn’t accept what the world proffers as inevitable, but rather relies on what God establishes and has marked as virtuous. I offer these descriptions among an ocean of failing marriages drowning in shattered promises given by straying men who gave up long before lifting a finger to grapple through to better days with the women God gave them for a sacred unity.

In past interviews with new families desiring to enroll their children here in our school, when asked why they want their children to attend Our Savior, it isn’t uncommon for some parents to say, “Because we want them to be good people, to be moral people.” Usually I would respond with a brief explanation of our Gospel foundation, how we’re not necessarily a morality-factory—although morality is a deliberate byproduct—but rather a place that begins and ends with the Gospel as the source for all our efforts. It’s by the power of the Holy Spirit through the Gospel that a desire to live good and decent lives according to God’s holy Law is born. With this 2020 resolution in mind, from now on I might say a little differently, “Situated firmly in the Gospel of the forgiveness of sins in Jesus—which is the primary reason we exist—the fruits of morality will be taught and expected. For the girls, virtue will be heralded. For the boys, one pathway toward many of these expectations will be by way of teaching them what it means to be honorable.”

Thinking out loud with the men in the Bible study last night, I told them I believe a moral man is far different than an honorable one. I think both are capable of sinful behavior, but I get the sense from God’s Word that an honorable man is one who not only knows the rules, but plays by them. In other words, when he falls short, he’s more inclined to regret what he’s done and work to change it. That’s a face of honor. That’s humility. That looks and sounds an awful lot like the basic wisdom of faith—like humble repentance and trust in Jesus that leads to an amending of the sinful life. In fact, God did say in Proverbs 18:12 that humility strides before honor. And Proverbs 29:23 says a humble spirit will obtain honor.

So, anyway, that’s one of my resolutions for 2020. I hope I can achieve something by it. I know that however impactful the effort is, it will be even more fruitful if upheld and practiced by the parents at home. Truly, it’s there that boys are groomed for manhood—which means the first of my efforts will always be the continuation of such things among my own sons, Joshua and Harrison.