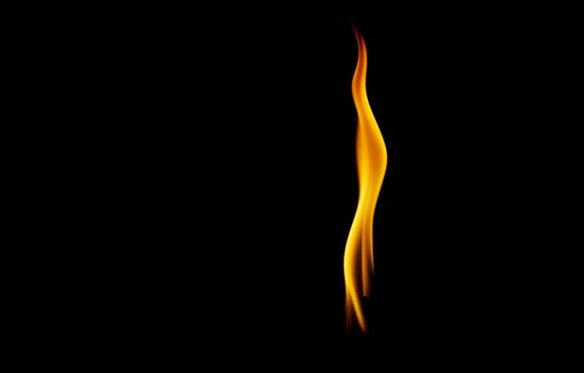 I’ll be giving the invocation before the Michigan State Senate on Tuesday. I’m not nervous. I’ve done it several times before. And I rarely get nervous before speaking to a crowd, anyway. Imagine if I did. As a pastor, I’d be a constant wreck. A good portion of what I do involves public speaking.

As a pastor, I’ve learned that every prayer offered in the midst of a public gathering is a confessing moment of sorts. If a pastor says it isn’t, he’s being dishonest. In simple form, it’s a representative “reaching out” to God on behalf of all gathered. But it’s also an instant to clarify for anyone listening and wondering just why we’d do such a thing. It’s a moment to make clear who it is we’re speaking to—what He’s all about and what faithfulness to Him looks like. A public prayer is a powerful tool for petitioning God on behalf of believers, but it holds an equal potency for planting the seed of truth into the hearts of unbelievers.

I’ll be doing this on Tuesday morning using precisely selected words geared for maximum resonation. I’ll do so before a gathering of people with the power to target me as an opponent and haunt my every effort when I’m done.

But again, you know me. I’m not necessarily afraid to do this. But it would be disingenuous of me to say I’m not concerned. I am. When the prayer concludes and I make my way down the side aisle to the door, I know what will happen. I’ve been there before, and so I know what to expect.

In perspective, standing before a cast of various ideologies—some friendly, and others salivating monstrously for everything contrary to Christ and His Church—I’ll pray for the Lord to grant His wisdom to all who serve in the Senate chamber. Most in attendance will smile politely in that moment. But then I’ll begin to define wisdom’s contours, and in the ticks of the clock that follow, some of those smiles will evaporate like raindrops on the sun-cooked pavement.

I’ll speak of the fellowship of sinful humanity, how we’re all transgressors. I’ll speak of Christ crucified for this transgressing world—Christ, the wisdom of God and the power of God (1 Corinthians 1:24)! As it meets Mankind, I’ll speak of faith in this Gospel as true wisdom. I’ll speak of such faith as it leads into the three estates of Family, Church, and Government.

I’ll speak to the magnificent value of family. I’ll give thanks for the wonderful gift of holy marriage—one man and one woman joining together, and, by God’s gracious design, producing children. I’ll warn against opposing Natural Law, asking specifically for the strength to withstand false biology and to unravel the efforts of anyone seeking to weave untruth into society. I’ll speak to the pricelessness of the unborn. I’ll plead quite illuminatingly—unequivocally—for the overthrow and destruction of any agenda that would provide for the killing of little ones in the womb.

If you know anything about me, then you know I’ll do this very descriptively.

I’ll speak to religious liberty, and I’ll ask that God would fight for His Church’s freedom to preach the Gospel and to live faithfully according to His Word. I’ll plead with Him before His enemies that He’d turn their hearts toward a peaceful existence. And if not, then I’ll hope for Him to crush any and all attempts to criminalize the Christian faith, life, and practices, and I’ll ask that He give sturdy spines to His people for rising up in the cause of defense.

I’ll name radical individualism, which preaches everyone is free to be and do whatever he or she wants or feels without consequence. I’ll be sure to throttle this ideology aggressively.

I’ll pray intently. I’ll say a lot. I’ll have about two minutes to do it, although I’d expect the Senate Secretary won’t interrupt if I go a moment or two longer. I’ll expect a response from those who are dissatisfied by my words. They’re pretty predictable that way. But I’ll bet on a better response from the Lord of heaven and earth—the One I’ll be addressing. He hears the prayers of His people, and He works for the good of those who love Him, who are called according to His purposes in faithfulness. I trust He’ll accomplish something by His Gospel tomorrow. Indeed, it is the power of God unto salvation (Romans 1:16).

As far as my role in the whole thing, “When our actions do not, our fears make us traitors” (Shakespeare, Macbeth). In other words, my immediate concern is to let my words and deeds be counted as traitorous to this world rather than allowing fear to seize them, making my silence a traitorous thing to God. In the end, what have I got to lose, anyway? In this world, nothing. Against eternity, everything.

Friends, the burial shroud has no pockets. That’s a far better knowledge to keep close when standing before the mammon-doling powers of this age.